By registering with us, you'll be able to discuss, share and private message with other members of our community.

IAmImpulse
Senior Moderator
The idea behind this is that you can get certain rare pickaxes that have enchants powerful based on their rarity.

So lets say rarity 1; the most common type of Premade pickaxe has a shape of a square as an enchant.

Square's enchant will go up to a maximum of 5 levels on the premade pickaxes, the most rare of the common pickaxes will of course be 5; the higher the level the more blocks your will expand from where you dig. 1 - 3x3 square pattern from the middle block, 2 - 4x4, and so on.

At the best rarity, lets assume a shape of a star or something with "huge" radius.

Star's enchantment will go up to a maximum of 2 levels on the premade pickaxes and will create a star shape in the mines, scaling based on the rarity.

This could be found from crates, bosses, etc in game or bought from the store.

The prices people would sell these pickaxes to each other would scale on how many there are in the server at one time, how good they are and the rarity - this would be on the auction house or one to one trades (not recommended). 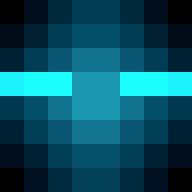 Shadow1x
Nova+
An interesting idea, like special pickaxes that have enchants you can't normally "buy"?

IAmImpulse
Senior Moderator
Shadow1x said:
An interesting idea, like special pickaxes that have enchants you can't normally "buy"?
Click to expand...
Yeah. Similar to Jackhammer and Explosive but you can't just get them anywhere. For the common shapes maybe you could get up to a max level but you can only get the higher levels in the exclusive ones.
You must log in or register to reply here.
Share: Facebook Twitter Google+ Reddit Pinterest Tumblr WhatsApp Email Link

Totals may include hidden visitors.